So I haven't updated my blog in a while although I have kept up with my daily food journal in my notebook plus took pictures of  as many meals as I can. The problem is I use my iPad on a daily basis now and it's what I use to take pictures too. My laptop however is far easier for updating my blog but anyway will try this way on then ipad from now so I can do this daily on here plus get all my weigh ins done so you can follow my weight loss journey if you like.

I feel as though I ate loads today and its my first day within the 20+ days of induction where I am going back to basics and clean and green. The reason...well I was doing so well eating low carb and induction friendly food until I grabbed a couple of Atkins bars whilst out. They were induction friendly but.....they set my carb and sugar cravings right back off again and I noticed myself wanting another and another. The day after I found myself looking forward to my Atkins bar a little too much so by lunch time had one and immediately wanted to go to sleep. What an awful feeling, dead leg, lethargic, aggressive and hmmmm déjà Vu of what I used to be when I'd eat doughnuts, chocolate or high carbs sleepy dinners before starting my new eating for life plan.

Next day chucked them all out! Oh oh and I'd gained 4lbs over the three days I'd eaten them....never ever again, after reading more about them I find I am not the only one that suffers this way on them and often have said that if Dr Atkins knew what was being sold with his name he'd turn in his grave. Atkins promoted clean and green so that is what I am sticking to, no frankenfoods if possible. In fact as far as I know through my research it's those products that have put so many people off the whole Atkins way of life, kinda did me too before I read about it all. Some not all people have stalled and or gained weight by eating these products.
I even wrote in my diary "Lauren don't ever eat these again" So I won't be...ever ever again.
Dinner tonight was gorgeous, spring greens sauted in butter with cheeseburger pie. You can find the recipe all over the Internet on the low carb forums easily. It's lush! 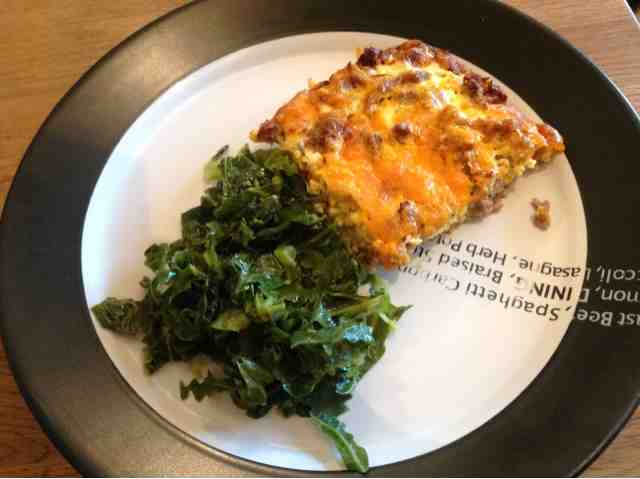 Today since looking through some of my old photos of what was meant to be the best time of my life on tour I cant help but get a little choked because I knew behind that smile was sadness.

I went on tour three years ago now across the USA in my very own pink tour bus whilst stopping off at some of the Sephora stores to launch my own make up line and meeting people who watched my videos.

I remember being so excited to meet everyone that came but scared in case they didn't like what they saw because I sure didn't like what I saw when I looked in the mirror. As I walked through each Sephora store door I remember hearing the cheers and whilst being swept up in the moment I couldn't shake the fact that I felt disgusting inside.

Ive been quite big since just after my teenage years, it pretty much piled on after having Jordan and I never did anything about removing that extra baby weight, then one thing led to another and before I knew it I was what I felt huge.

The one thing that kept me going through my "magical experience" was the fact that you all had accepted me as I was back then and now. You didn't judge me, you liked me and some even came to meet me at the different events.
I want to thank you for that, you all made me feel special and I always wanted to make you feel special back.

Anyway I did some digging for old photos and found some from my tour days. Whilst looking through them I got quite choked and can't really explain why?? maybe its because I realised none of you ever held my weight against me, But I did.

I am away to London tomorrow for quite a big meeting which I am looking forward to yet nervous about. They won't have seen me in the flesh at my biggest, I am kind of glad as I always felt it changed peoples opinion especially in the make up industry.....but again was that all in my paranoid head?

Here are my so far before and after pics. First at 12 stone 6lbs and after at 10 stone 6lbs 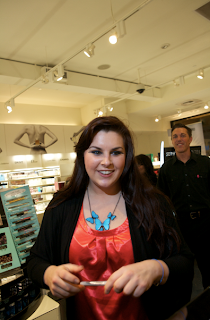 Now no laughing at my muppet face here, erghh but its the only picture I have of now....so far anyway :) 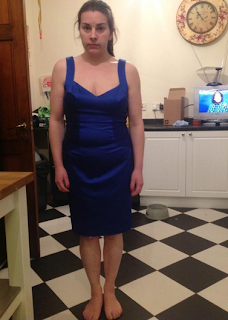 So its strange that it takes a photo to make you realise how far you have come with any weight loss journey.  I don't think my stupid brain has caught up because I still feel like that bigger girl who feels insecure and should be wearing her baggy tops to hide all the fat.

It will one day though and I am waiting for it to hit my like a ton of bricks so I can enjoy more about the new me. I don't ever want to go back.


Thanks for reading and if you are following a diet or a new way of life, Good on you, its hard and you have all my well wishes :)

I have been dieting since March 13th 2013 first starting with Cambridge weight plan which I stayed on for 6 weeks but towards the end of this time I was suffering and just knew I couldn't stay on something like this much longer.

After 2 weeks in to Cambridge and with ketosis well installed in me I uninstalled by going on to the Cambridge bars in week two. You don't know these things at the time and they don' affect everyone in the same way but for me this is when I started opening the doors to those cravings I thought Id kicked.

Toilet trouble....this was my next concern as I didn't feel it was right to have to take laxatives to make the magic happen so this played on my mind a lot and was partly why I decided Cambridge wasn't for me past 2 to 3 weeks.

The last 3 days of those 6 weeks I was so depressed knowing I had to get through the shakes and bars so I was eating a small amount of chicken breast or mince just to add a little something to the mix....but even still this diet is so strict. For me it was one long mind game and a game I was getting tired of playing.

I may in the future do this diet again if I should fail and allow my weight to go back up because it is what it says on the tin and if you stick to it 100% then you will drop the weight fast.

I went straight on to Atkins Induction as soon as I decided enough was enough with Cambridge. My biggest concern was the fact that Id been on around 450-500 cals and was about to embark on a diet where calories....what calories??
Its all about counting carbs not calories and keeping it clean and green with Atkins)

I stayed the same weight for a week, "yes I was worried" & "Yes I wondered what the hell Id done?" but after tons of research online I knew that so many others had done the same and had to bear with it. Apparently the body takes a little while to adjust but once adjusted the weight started to move and move it did :)

I have also started to take coconut oil, (I use Tiana Organic raw coconut oil from Holland & Barrett) Experts say to get the full benefits aim for between 3 and 4 tablespoons per day. They advise that with some it can make them nauseous so nice and steady starting with a teaspoon per day and working your way up should help.
"I have 1 tsp in each coffee with cream" I have around 5 coffees per day. I have started to fry everything in it and get used to it that way but even still I have noticed a slight nauseated feeling come the evening. I will get there eventually and I am not giving it up.

I also read that people with Candida (Bacterial growth in the gut) can feel nauseous from taking Coconut oil because it makes the candida die off (hence the sick feeling in there :( I may or may not have it, who knows but either way if I do its going the journey. Apparently Candida can actually make you crave carbs and sugars to feed it...erghhh anyone thinking alien here?? I am.


I am going to post my daily food journal/thoughts and weekly weigh ins here, it helps to have things written down and Il post pictures when possible too. I am always getting asked how I have done it and what do I eat so hope it helps some one out there with some ideas.

B- 2 slices of bacon, 4 slices of chorizo, 1 slice of mim (muffin in mug), handful of sliced mushrooms and full fat mayo. 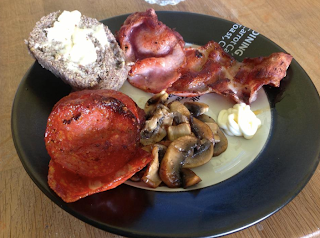 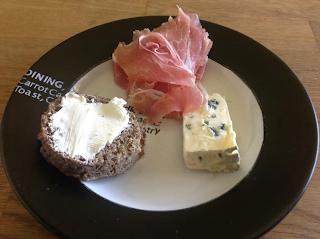 D- Minced beef fried in butter with half a tsp of easy garlic, red cheddar grated and mayo. 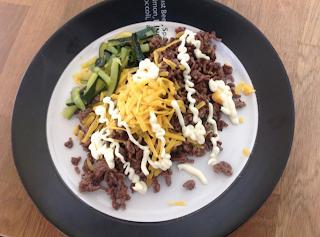 Thanks for reading and hope you enjoy my daily food diary and thoughts :)

panacea81 AKA Lauren Luke
Hia Everyone, My story is far too big to take up space on this page. I want to see make up pictures and blogs so check out my website for my story. Hope you enjoy it, Let me know? http://www.laurenluke.com

Where you can find me with more content & updates

What diet have you found most successful?